Is it safe to drink saffron (kesar) milk during pregnancy & will it influence my baby’s complexion?

Saffron, also known as Kesar, is famous in various cuisines for its rich flavor and color. An exotic spice derived painstakingly from the flowers of Crocus sativus, saffron is also known for its medicinal properties and forms a part of several Ayurvedic recipes.

Many women believe that they must consume saffron during pregnancy for a fair baby. However, it must be noted that the skin color of a child is genetically determined, and it hasn’t been scientifically proven whether saffron can impact the complexion of a newborn baby or not.

Yet, Kesar is highly recommended in India for pregnant women, and they stand to reap the benefits of drinking saffron milk during pregnancy when taken in prescribed quantities.

If you are pregnant and confused about introducing saffron in your diet, here’s all you need to know about this exotic spice and how it can help you.

Is it safe to drink saffron milk during pregnancy?

Let’s start with the first question that most pregnant women have regarding saffron. Drinking Kesar milk during pregnancy or introducing saffron in your diet in any form is generally safe and beneficial. However, excessive intake of Kesar during pregnancy can lead to some undesirable issues, which is why it is important to regulate your intake.

According to Ayurveda and ancient wisdom, pregnant women may benefit from consuming 125 mg of saffron, twice daily. The best way to consume saffron is by preparing saffron milk in 2 easy steps:

In general, clinical studies have reported dosages up to 1.5 gm per day of pure saffron to be safe. Consuming more than 5 gm of pure saffron may have toxic effects on individuals.

Benefits of saffron during pregnancy

Saffron, the most expensive spice in the world, is traditionally used for treating mild to moderate depression and also recommended to pregnant women with milk for its medicinal properties. Below, we have shared how you can benefit from saffron during pregnancy when taken in a controlled manner:

High blood pressure is a common problem faced by several expecting mothers and can lead to complications if left unchecked. Saffron is proven to reduce blood pressure, owing to the presence of crocin and safranal – which are effective in combating hypertension in humans. However, it is recommended to have Kesar in limited quantities as excessive consumption may lead to a dangerous drop in your BP.

Many women complain of constipation, bloating, and heartburn during pregnancy, which is a result of improper digestion. Regular intake of saffron is known to alleviate these symptoms by reducing acidity, improving blood flow, and boosting the metabolism in general.

Morning sickness or nausea can take away the joy of your pregnancy. Unbecoming of its name, morning sickness does not occur only in the early hours of the day. It can happen at any time and leads to extreme discomfort in many cases. Saffron-infused tea, which soothes the digestive system, may relieve morning sickness when taken in limited quantities.

Drinking saffron milk in pregnancy can treat mild to moderate depression thanks to its mood-altering properties. For the same reason, its anti-depressant properties work to reduce mood swings in pregnant women, reducing anxiety, depression, and irritation in the gestational period.

Hormonal fluctuations during pregnancy lead to hair fall in many pregnant women. According to ancient wisdom, applying a paste of saffron, milk, and liquorice can prevent hair fall during pregnancy and also stimulate hair growth.

Many women complain of muscular cramps in legs and abdomen, and joint pain in the third trimester. Saffron, which has anti-spasmodic and antinociceptive properties, can help in relieving excessive contractions in the muscles and relax the joints, reducing muscular pains during pregnancy.

Will saffron make the baby fair? This is a common question asked by pregnant women in India. First and foremost, many Indians have a naturally dusky complexion, which is suitable for the Indian climate. Second, having fair or dark skin does not reflect on the health of the baby, and is determined by the genes of the parents rather than the consumption of any food product or spice by the mother.

Till date, there has been no proven scientific relation between drinking Kesar milk in pregnancy and the complexion of a child. However, saffron is believed to improve skin texture and may be consumed in a controlled manner for healthy skin and other benefits, as mentioned above.

Women in which month can take saffron during pregnancy?

Pregnant women can start taking the recommended dosage of saffron at any time during their pregnancy. However, it is safer to avoid saffron in the first trimester. Ayurveda suggests the consumption of saffron only after the fourth month of pregnancy when you start feeling the movement of the baby in your womb.

Can saffron cause miscarriage?

Saffron, though beneficial in limited amounts, can lead to toxicity when consumed in larger quantities. Research on rats has indicated that oral consumption of saffron can induce premature labour and abortion, and a possible link to human abortion is suspected when consumed in higher quantities.

Some pregnant women may be sensitive to saffron and experience symptoms like:

Drinking saffron milk during pregnancy may also lead to vomiting in some pregnant women.

Clearly, there are many benefits of saffron milk during pregnancy. However, pregnant women must stick to the recommended dosage to avoid any complications and health issues.

If you face any of the above symptoms, stop consuming saffron immediately and book an appointment with the best gynaecologist in Gurgaon. In general, it is best to discuss any diet changes with your doctor when expecting to avoid any complications or unnecessary discomfort.

Book an online appointment at CK Birla Hospital for instant expert care to ensure a healthy and comfortable journey to motherhood.

Also, Read: How to Prepare Your Body for Pregnancy: A Complete How-to Guide 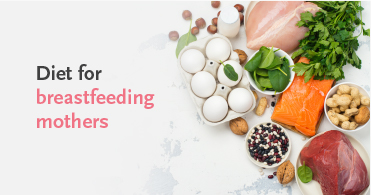 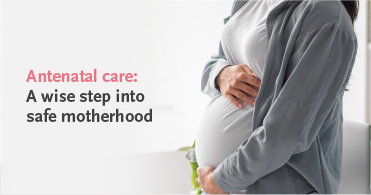 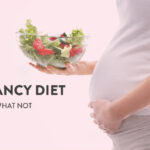