Down Syndrome is a chromosomal disorder caused when an error in cell division results in an extra full or partial 21st chromosome. It is also called trisomy 21. It is not an illness but a term that describes the features resulting from this change.

The extra chromosome can affect the physical features, intellect, and overall development of an individual. This might result in impairments in cognitive ability and physical growth, developmental disabilities, and a higher risk of some health issues.

A multitude of tests is available to screen and diagnose Down Syndrome before and after birth. The incidence varies according to maternal age, wherein chances of having a baby with Down Syndrome increases as the mother’s age rises.

Down syndrome is a chromosomal disorder and one of the most common causes of intellectual disability. It is essential to conduct a screening for Down’s Syndrome in children. It’s important to know whether the pregnancy is harboring Down’s Syndrome or not.

To check this, a sample of fluid is taken from around the fetus. Testing is not possible in every case, hence screening is done via different methods such as ultrasound to examine parameters and determine treatments.

She also talks about non-invasive prenatal screening to check Down’s Syndrome in the baby.

Causes of down syndrome

In normal circumstances, at the time of conception, a baby inherits genetic information from the parents in the form of 46 chromosomes: 23 from the mother and 23 from the father.

In most cases of Down Syndrome, a child gets an extra chromosome 21 — and hence has a total of 47 chromosomes instead of 46.

It’s this extra chromosome that causes the physical features and developmental delays associated with Down Syndrome.

Screening is a cost-effective and less invasive way to determine if more invasive diagnostic tests are needed. They are offered as a part of routine investigations to pregnant women.

However, unlike diagnostic tests, they cannot confirm whether Down syndrome is present.

Diagnostic tests can more accurately detect Down syndrome and other problems. They are usually performed while the baby is inside the uterus.

They include obtaining a sample by the following means and checking the number of chromosomes.

Down Syndrome can also be diagnosed after a baby is born by inspecting the infant’s physical characteristics and checking the number of chromosomes in a blood sample (karyotype).

Physical characteristics of down syndrome include:

Children with Down Syndrome often reach developmental milestones later than their peers. There may be a delay in acquiring speech. A child may need speech therapy to help them gain expressive language.

Fine motor skills may also be delayed. They can take time to develop after gross motor skills have been acquired. There may also be problems with attention and a tendency to make poor judgments.

Sometimes, there might be general health problems that affect an organ system or bodily function. About 50% of those affected with Down Syndrome have a congenital heart defect.

There may also be a higher risk of respiratory problems, hearing difficulties, Alzheimer’s disease, childhood leukemia, epilepsy, and thyroid conditions.

However, there also appears to be a lower risk of hardening of the arteries, diabetic retinopathy, and most kinds of cancer.

A person with Down Syndrome will be able to do many of the things that other people do. Children may take longer to acquire skills such as walking and talking, but with stimulation, they can acquire key life skills and attend school and, in some cases, college.

Depending on how the syndrome affects the individual, it is often possible for someone to work and to live semi-independently with Down Syndrome.

Like anyone else, people with Down Syndrome need a social life in terms of friendship and relationships. Some will live with a partner or get married and have an independent life.

Average life expectancy is around 60 years, and many people with Down Syndrome now live into their 70s.

Every year, 21st March is celebrated as World Down Syndrome Day to raise awareness and support those living with Down Syndrome.

What is fundal height and how does it help measure my baby’s growth? 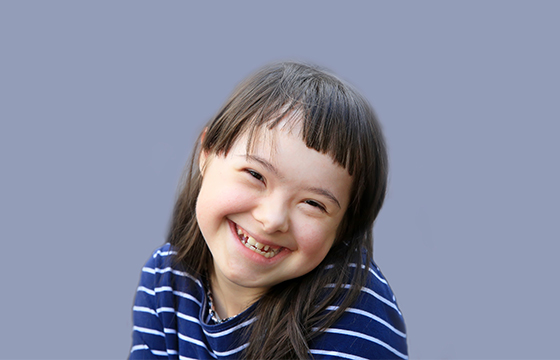