Basic Facts About Aphasia – What You Need to Know

This condition can occur suddenly, or it can also develop slowly, especially when it results from a brain tumour. It also develops as a condition related to progressive neurological diseases like Alzheimer’s.

If you have this condition, your capacity to understand and communicate in languages gets impaired. It also affects your reading and writing skills. Aphasia accompanies speech disorders like speech apraxia and dysarthria (muscular speech disorders).

Medically, we define aphasia as the total or partial power to understand words following brain damage due to various reasons. Aphasia’s meaning in English is, in fact, a derivation from French and Greek words. It traces its origin to the French word “aphasie”, which literally means aphasia, but aphasia’s meaning also has Greek connotations with the Greek word “phasis”, which means “utterance, statement.”

You can get aphasia from several events. Typically, you could get it following a stroke or head injury. But then, a brain tumour could also cause it. The damage is progressive and permanent.

If you develop this condition, your symptoms could be mild to severe, depending on several factors. Typically, the extent of aphasia you may suffer depends on the extent of brain damage.

An important thing to note is that there are several types of aphasia and aphasia-like symptoms. To understand the symptoms better, you need to first understand two parts of the human brain as follows:

It is named after a German neurologist who discovered this part of the brain. Wernicke’s area is the part of the brain that controls your cognitive abilities for understanding and using appropriate words as you speak.

The above two parts of a healthy brain work in tandem with each other and enable us to speak, read, write, and communicate in various languages. Once the Wernicke’s area does its job in helping you to select the right words, it sends signals to Broca’s area, which makes the muscle produce those words.

There are several types of aphasia. The commonest types are:

We also call this type of aphasia non-fluent aphasia caused by damage to the frontal lobe of the brain. Here, you know what you want to say, but somehow the muscles of your mouth and throat don’t allow you to articulate them.

If you have Broca’s aphasia, you might restrict your speech to single words and short sentences. Your vocabulary tends to be limited, and you may find even those words difficult to articulate.

Although your comprehensive abilities might be relatively unaffected, your writing and speaking abilities may become impaired. However, people will most of the time be able to understand what you are saying.

Also known as fluent aphasia or receptive aphasia, Wernicke’s aphasia affects your ability to speak fluently and use long sentences. It is caused by damage to the temporal lobe of the brain. You may not realise that your words don’t make sense, but you may notice something wrong when people can’t understand you.

If you are afflicted with Wernicke’s aphasia, your reading and writing can be impaired. Your speech will be marked by the lack of sentences that hang together well, and you may also use irrelevant words as you speak.

With anomic aphasia, you may find difficulty in finding suitable words for what you want to speak about. You will have particular difficulty with finding nouns and verbs. It can result in your speech seeming garbled to a listener. It can also affect your writing capabilities.

With the above three types of aphasia, many people can continue to work for a considerable time. If you have a job that requires a significant degree of communication with others, you might be unable to perform your daily tasks to the expected requirements.

Regarding the life expectancy of aphasia, the estimation is typically three to twelve years after the initial diagnosis of the disease. 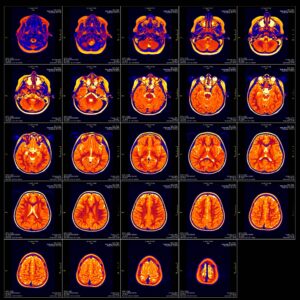 A positive diagnosis of aphasia disease involves a set of tests. You will have to undergo some comprehensive language tests. A speech-language pathologist is a professional who will conduct these tests. Further testing may include a computed tomography (CT) scan, a magnetic resonance imaging (MRI) test, and a positron emission tomography (PET) test.

The first line of aphasia treatment is usually language and speech therapy. It is also not uncommon for the aphasia symptoms to reduce even without treatment.

The answer to the question “What is aphasia” and other information regarding its symptoms should now be clear to you. Your next question would be “What is your life expectancy?” It depends a lot on the primary source of your illness. One of the most extreme forms of aphasia emanates from a glioblastoma (cancerous brain tumour). The life expectancy is likely to be short.

On the other hand, you may have suffered a mild stroke with fair chances of complete recovery. In such cases, the prognosis is excellent. Your overall health condition and age also have a bearing on your recovery chances. There are also cases where even post-stroke elderly patients recovered completely from aphasia.

If you suffer from aphasia-like symptoms, visit a doctor immediately. You can visit CK Birla Hospital and make an appointment with Dr. Sonali Bali who will provide you with personalised treatment at the earliest.

Ques 1. What are the three types of aphasia?

Ques 2. How long can you live with aphasia?

You may gradually lose your language skills if you have primary progressive aphasia. Your ability to communicate may gradually diminish. You may also need daily support for your daily routine activities. You can live for up to another 12 years after being first diagnosed with aphasia.

Ques 3. Is aphasia a form of Alzheimer’s?

Aphasia is a symptom of Alzheimer’s but not a form of it. If you have Alzheimer’s, you may suffer various stages of dementia, accompanied by mild aphasia symptoms. You may find difficulty finding the words and names of people.

It is commonly misunderstood that people who have Alzheimer’s don’t recognise or remember a person. You may know exactly who the person is, but you cannot form the name on your tongue due to aphasia.

Ques 4. Can stress cause aphasia?

You cannot get anomic aphasia through stress. But chronic stress as you may get from having a stroke can result in anomic aphasia. However, your symptoms of existing aphasia can be aggravated in the presence of stress. 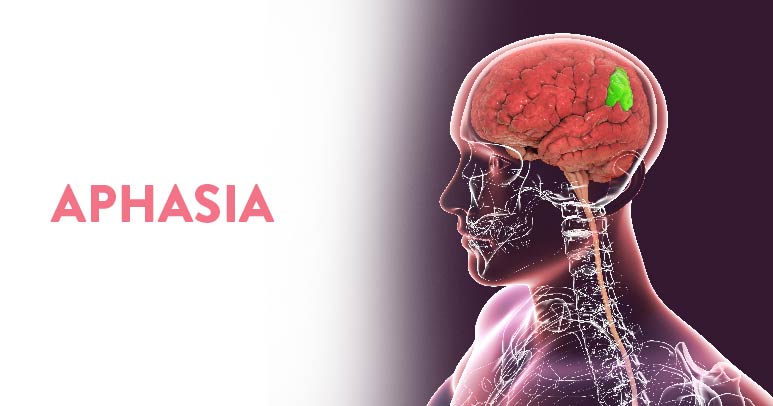 Basic Facts About Aphasia – What You Need to Know 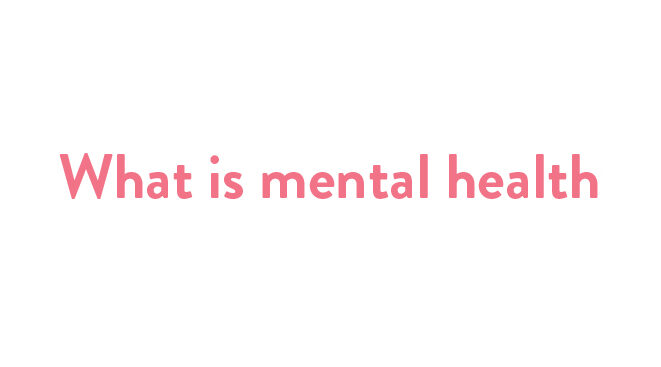 Mental health 101: Getting the basics right