We offer comprehensive prevention, diagnosis and treatment of lung and chest diseases
Book an Appointment

Why us for lung and chest diseases treatment?

The Chest Clinic at the Department of Pulmonology is a dedicated unit for prevention, detection and management of a wide variety of lung and chest conditions. Our team of pulmnologists offer precision-driven diagnostic and therapeutic procedures for several diseases, deformities and disorders. 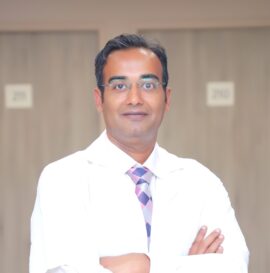 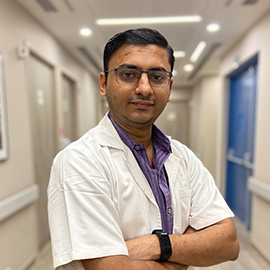 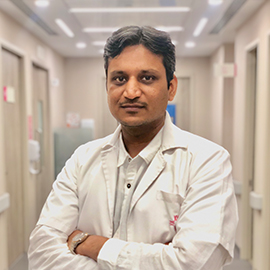 About lung and chest diseases

About lung and chest diseases

Lung and chest diseases involve deformities, illnesses and disorders afflicting the chest cavity and lungs. These diseases can cause respiratory distress to patients across age groups.

Cystic fibrosis – It is an inherited disorder that affects the lungs and digestive system of your body. Common symptoms include persistent cough, mucus, exercise intolerance and repeated lung infections.

Asthma – Asthma is a respiratory condition causing the airways in your lungs to narrow and swell. In this condition, your lungs become inflamed and produce extra mucus causing difficulty in breathing.

Chest trauma – Any injury or trauma that involves the chest cavity, rib cage and heart is considered chest trauma. Chest trauma is usually a result of physical injury to the chest region.

Tumours – Lung tumours occur when the cells inside your lung divide and grow at an abnormal rate. Lung tumours can be cancerous and non-cancerous and cause symptoms such as pain in the chest, wheezing and weight loss.

Pneumonia – Pneumonia is a common lung infection causing inflammation in one or both of the air sacs. In this condition, your air sacs fill with fluid or pus causing cough, fever, chills and difficulty breathing.

Lung nodules – Lung nodules or pulmonary nodules is a condition in which abnormal growth of masses and tissues occur inside your lungs. There can be a single nodule growth or multiple.

Tuberculosis (TB) – Tuberculosis is a bacterial infection affecting the lungs. This disease can also impact other parts of your body. Common symptoms include chest pain, breathing problems and persistent cough.

Bronchiectasis – In this condition, the airways in your lungs widen making it difficult to clear mucus. It can occur due to an infection or underlying medical condition such as cystic fibrosis.

The treatment protocol of a lung and chest disease depends upon the type of condition, the extremity of symptoms, age and general health. Your pulmonologist will offer respiratory relief followed by treatment of the underlying cause.

I had a very good experience at the CK Birla Hospital. I am an asthma patient. I recently moved to the city and wanted to meet a good doctor. I met Dr Kuldeep who has been giving me treatment for several months now. His medicines and advice have suited me very well. Thankful to the doctor. Thanks to the whole team of CK Birla Hospital.

The CK Birla Hospital is one of the best hospitals for chest disease treatment. I experienced an accident that affected my rib cage and nearby organs. During my entire treatment journey, I was very relieved and comfortable. I had full faith in my care team. They are very cordial, careful and helping. Thanks to the whole team of CK Birla Hospital.

Excellent experience. Doctors are very professional. They can detect the problem very soon and give effective treatment. Thanks to the whole team of CK Birla Hospital.

FAQs
What are the first signs of a lung problem?

What are some healthy drinks to clean lungs?